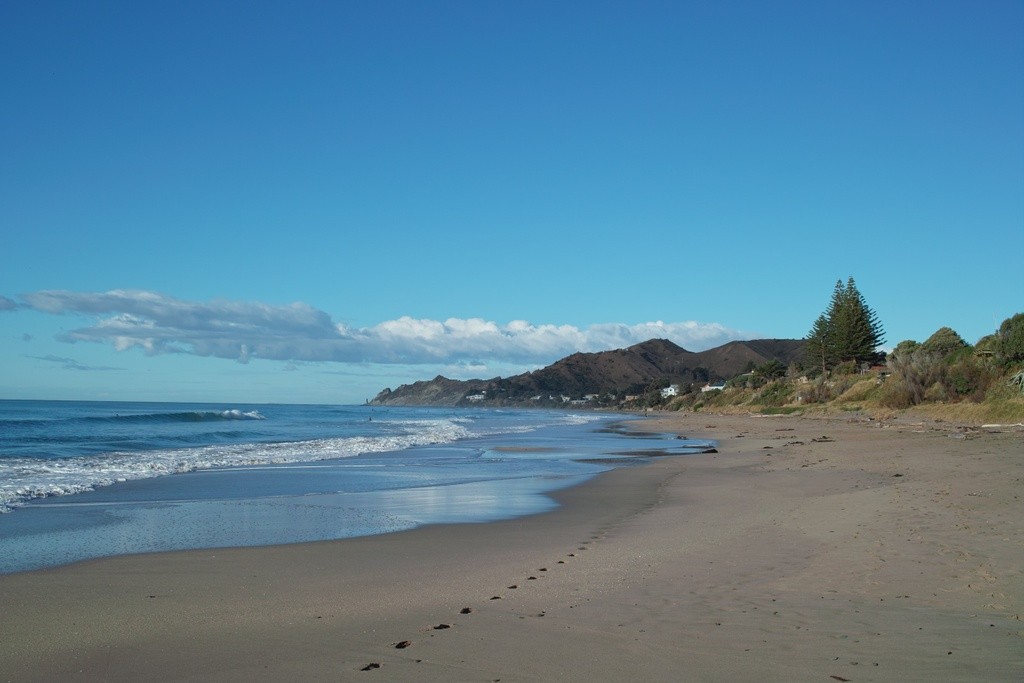 Gisborne is located on New Zealand’s North Island’s most northeastern tip. Because of its position, this region is the first place in the world that sees the sunrise in the east to greet a new day. This region is known for its incredible surfing beaches and stunning coastline, wooded mountain parks, agriculture, wineries, and Maori culture. 45% of those living in Gisborne are Maori.

The Pacific Ocean meets Gisborne on the east, and rugged mountain ranges dominate the area to the region’s west. Sandy and pebbly coastal beaches can be found on the eastern shores of Gisborne, and inland there is forested, hilly terrain. Rough ridges run through the centre of Gisborne, ultimately leading to Mount Hikurangi in the northeast, which is the North Island’s tallest non-volcanic summit.

For freshwater swimming, Lake Waikaremoana can be found in the southwestern part of Gisborne. In addition to this scenic lake, Gisborne also has rivers to swim in. The Waimata and Taruheru Rivers converge at the centre of Gisborne to form the Turanganui River. Some even call Gisborne the city of rivers.


Water Sports and Activities in Gisborne

There are lots of things to do in the water in Gisborne. You can explore the coast by swimming, scuba diving, snorkelling, water-skiing, slaloming, or wave sailing. Fishing and camping are also popular activities here. This region is also the only one in New Zealand where you can feed wild stingrays.

One of Gisborne’s must-visit spots in the Rere Rockslide, located near the Rere Falls on the Wharekopae River. This 60-meter natural waterslide traverses riverbed rocks that have been made smooth by the water flow. The slide leads to a calm, refreshing swimming hole. This natural wonder is free, but it’s recommended that you bring your own floatation device for your adventure down the rocks.

Gisborne’s climate is warm and temperate. It’s also one of New Zealand’s sunniest places. The hottest months in Gisborne are December and February, with temperatures ranging from 23-24 °C (73-75 °F). The water temperature during these months is around 20 °C (60 °F).