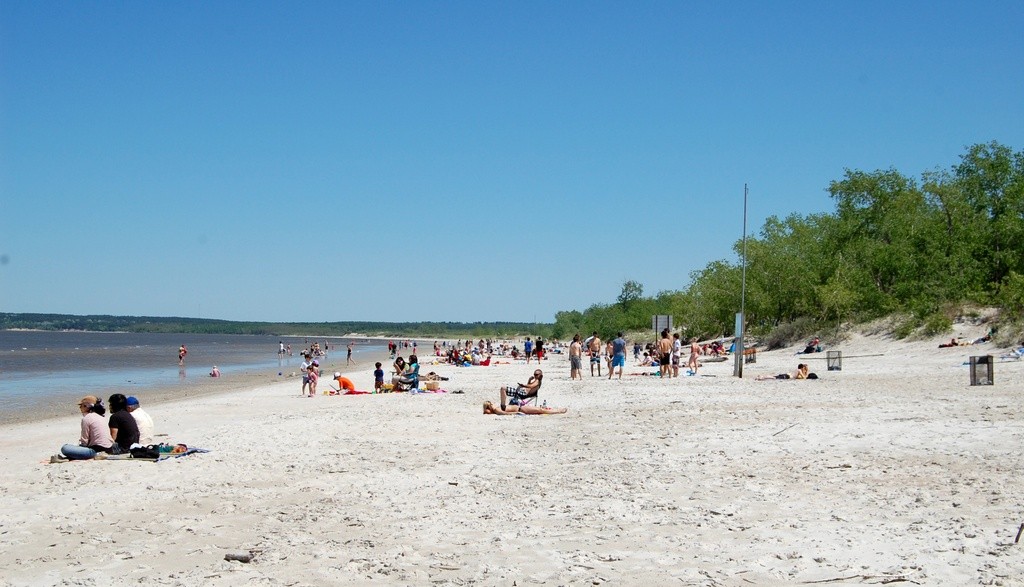 Winnipeg is Manitoba's capital as well as its largest city and economic hub. Winnipeg is also–quite literally–located in the heart of North America. This city is situated at the precise geographic centre of Canada and North America. Winnipeg is known for its arts and culture, festivals, and green spaces.

The name ‘Winnipeg’ comes from the Cree words “win” and “nippee” (meaning ‘muddy’ or ‘murky’ and ‘water’ respectively). Four major rivers flow through the city: the Red River, the Assiniboine River, the La Salle River, and the Seine River.

To Winnipeg’s west and south, you will find tallgrass prairie, and to its northeast, you will find the aspen parkland. Due to the city’s proximity to Lake Winnipeg, as well as to a number of lakes and parks on the Canadian Shield, Winnipeg is known for its outdoor recreation. Lake Winnipeg, sometimes called the sixth Great Lake, is the world’s 11th-largest freshwater lake, with the second-largest watershed in Canada.

In Winnipeg, beaches are usually white and sandy with lush, forested shores. Some beaches also have scenic boardwalks and beautiful sand dunes. Birds Hill Lake is only about a thirty minute drive from the city, and north of Winnipeg are Lake Manitoba and Lake Winnipeg, which both offer ample opportunities for recreation.

Across Manitoba, there are about 60 beaches that are monitored each season. Water monitoring usually takes place from June to August, with water sampling frequency depending on recreational intensity and past bacteria data. The Clean Beaches Program, developed by Manitoba Sustainable Development, provides information on how to protect beaches and reduce the risk of illness in swimmers.

Through initiatives such as the Indigenous Perspectives for Lake Winnipeg NAPECA project, First Nations communities have been working in collaboration with the Lake Winnipeg Foundation to protect the lake by identifying priorities for action, drafting an action plan, and informing the stewardship approaches of partnering groups.

Water Sports and Activities in Winnipeg

Swimming, fishing, birdwatching, wildlife watching, and camping are all popular activities in and around Winnipeg. Other favourite things to do here include sailing, waterskiing, wakeboarding, motorboating, canoeing, kayaking, and paddleboarding. Many lakes also have walking, running, hiking, and biking trails nearby if you’d like to work up a sweat before cooling down with a swim.

Grand Beach, just an hour’s drive north from the city, is located on Lake Winnipeg and is widely considered one of the best beaches in North America. This beach’s fine white sand, large freshwater lake, and location within Grand Beach Provincial Park make it a beloved destination for both locals and visitors. Here, you can go swimming, fishing, boating, windsurfing, wildlife watching, and hiking.

Winnipeg Beach, also on Lake Winnipeg, is the perfect place to hear live music during summer weekends. It is also a popular spot for boating, camping, and playing tennis or volleyball. Twin Beaches on Lake Manitoba is surrounded by trees and forest and is home to lots of fish and waterfowl

Winnipeg has humid, warm summers, and very long, very cold winters. Nevertheless, the city has some of Canada’s sunniest and clearest skies. During the summer, the average temperature is 25 °C (78 °F).

If you love outdoor water recreation, this city is for you. With so many rivers and lakes so close by, Winnipeg is a water-lover’s dream come true.