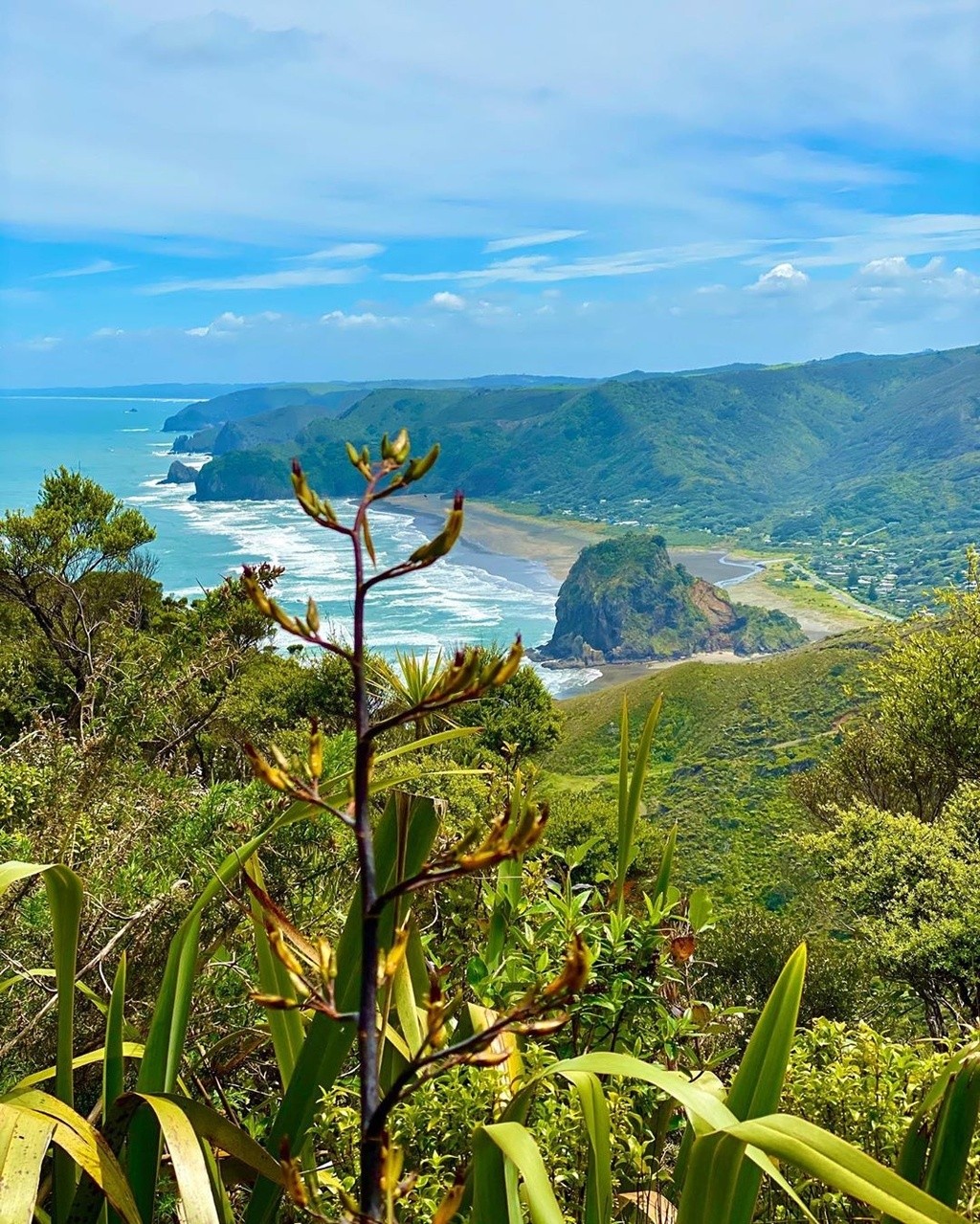 Auckland is a breathtaking geographically and culturally diverse city in New Zealand’s North Island. Despite being the largest urban area in New Zealand, Auckland is also filled to the brim with natural wonders. This city is home to 92 freshwater or saltwater swim spots, offering views of stunning waterfalls, rolling hills, sandy beaches, lush rainforests, and dormant volcano cones.

Auckland is on an isthmus, meaning that it lies on a thin piece of land linking two bigger land masses across a body of water. In fact, it’s one of the only cities that has a harbour on two entirely different major waterbodies. To Auckland’s east is the Waitemata Harbour in the South Pacific Ocean’s Hauraki Gulf, and to the west is Manukau Harbour on the Tasman Sea. At its narrowest part, between Mangere Inlet and the Tamaki River, Auckland is less than 2 kilometers (1 mile) wide and can be driven across in under 20 minutes or cycled across in half an hour.

With an impressive 3,702 kilometers (2300 miles) of coastline, Auckland is the perfect place to enjoy the water. Auckland’s beaches are monitored by a program called Safeswim, which uses predictive modelling to forecast water quality and deliver alerts and safety risks in real-time.

Water Sports and Activities in Auckland

This city is a favourite destination for sailing, and is sometimes affectionately known as the “City of Sails.” In Auckland, you can explore everything from volcanic islands to peaceful beaches by kayaking, canoeing, or stand up paddleboarding. Wakeboarding or kitesurfing are other fun ways to experience the city’s panoramic views, while open water swimming will provide a rigorous, one-of-a-kind workout.

Auckland is well-loved by avid boaters, divers, open water swimmers, paragliders, and surfers. Piha is one of the most world-renowned beaches for surfing. New surfers will appreciate the friendly waves of Piha North Beach, while more daring surfers will feel right at home on the South Beach or on Karekare Beach (which is immediately south of South Beach). Both South Beach and Karekare Beach are famed for their dramatic black sand. The sand’s high iron content, caused by volcanic activity long ago, is the reason for its striking colour.

Takapuna Beach is an urban oasis with tree-lined sandy shores that welcome swimming, picnicking, and water recreation. A short walk from the beach is Lake Pupuke, a heart-shaped volcanic crater that offers freshwater swimming and boating.

Long Bay beach is a top spot for swimming and sightseeing, and Wenderholm beach in Wenderholm Provincial Park is known for its wildlife conservation efforts and beautiful coastal forest.

Many beaches in New Zealand are patrolled by Surf Life Saving New Zealand. Bethells, Karekare, and Piha are only some of the many beaches that are lifeguarded by this organization.

In New Zealand, summer swim season runs from December to March. Summers are often warm and humid. The central part of the city is the warmest and sunniest, with average daily temperatures of 23.7 °C (74.66 °F) in February. Water temperatures are warmest in February and March, with monthly averages around 21 °C (69.8 °F).

Auckland is a truly unique destination with a rich culture and waters that will call to you from both sides. There are few places where you can swim in the sun off the east coast in the morning and the west coast in the afternoon.