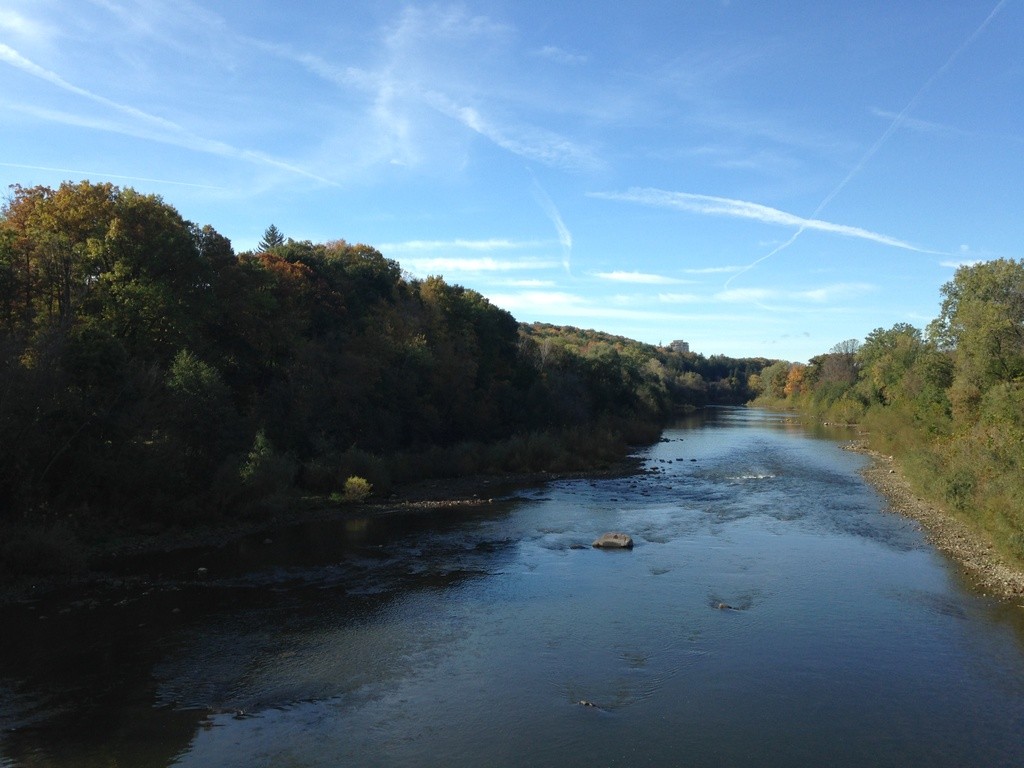 London is Ontario’s largest southwestern municipality. This city is known as a healthcare and education hub, as well as for hosting exhibits and festivals. What many people may not realize about London is its close proximity to a number of scenic places to swim. This city is intersected and surrounded by water. Much like its British counterpart, the Thames River flows through the city, with the North and South branches of the river joining at the city’s centre in a spot known as “The Forks”.

London is also encircled by three of the five Great Lakes: Lake Huron to the north, Lake Ontario to the east, and Lake Erie to the south. To London’s southwest is Lake St Clair, which is connected to Lake Huron by the Saint Clair River and to Lake Erie by the Detroit River. There are also a number of smaller lakes, many to the east, that are a short drive from the city.

Most beaches near London have sandy shores. In the city’s surrounding swimming spots, you may find forests, valleys, glacial potholes, limestone cliffs, conservation areas, and even old ruins.

Swimming Water Quality in London, ON

In London, the Middlesex-London Health Unit monitors beaches weekly from June to September. The samples of water are tested at the Public Health Lab. Test results are updated on Swim Guide by Lake Ontario Waterkeeper.

Water Sports and Activities in London, ON

With so many beaches near this city, there are endless things to do by the water. Some favourite activities include: swimming, canoeing, kayaking, stand up paddleboarding, sailing, water skiing, kite surfing, and windsurfing. Onshore, popular water-side activities include fishing, camping, birdwatching, and hiking, biking, or walking a nearby waterfront trail.

Grand Bend Beach, situated on Lake Huron’s southern shores, is a long, sandy beach with warm, shallow waters. Its south beach has a splash pad, playground, and boardwalk, and tends to be quieter than its north beach, making it perfect for families. It’s also a fantastic location for parasailing, wakeboarding, waterskiing, and tubing. Lifeguards patrol this beach from mid-June until Labour Day.

Weather in London, ON

London’s climate tends to be cold and temperate with significant rainfall, however, summers are usually warm or hot and humid. The city is warmest in July, with temperatures averaging 21 °C (69 °F). In August, the city is at its rainiest.

Nestled more or less in the middle of three Great Lakes, it’s no wonder London is such a great starting point for water recreation.