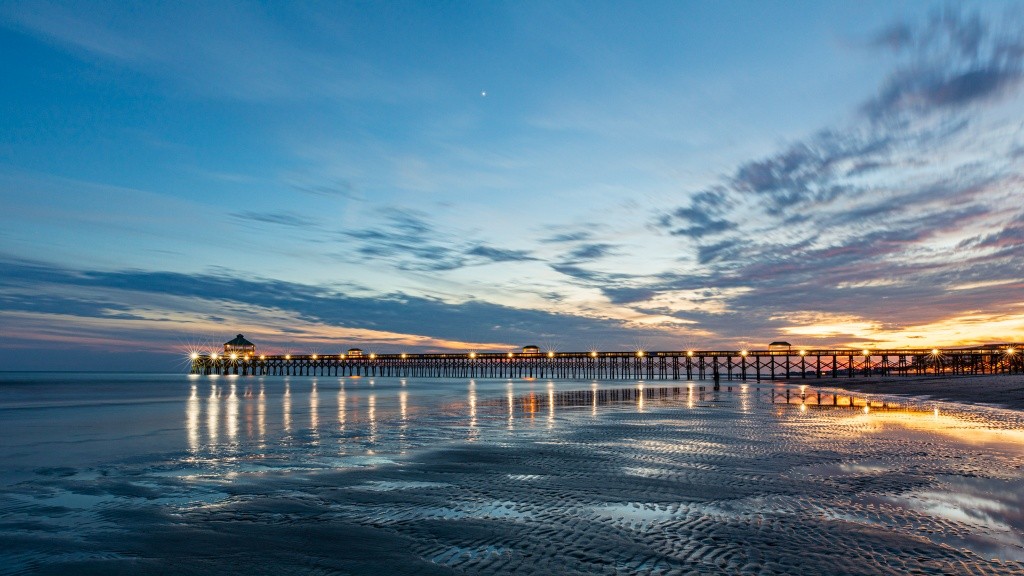 Charleston, a port city in South Carolina, is the state’s oldest city. Founded in 1670, this city is situated on Charleston Harbour, which is an inlet of the Atlantic Ocean where the Ashley, Cooper, and Wando Rivers meet. Charleston is known for its history, architecture, food, hospitality, and captivating waterfront.

At Charlston’s coast, you’ll find tidal salt marshes, tidal creeks, and a chain of barrier islands. With its harbour, soft and sandy beaches, lakes, ponds, rivers, creeks, wetlands, and marshes, Charlson has a seemingly never ending amount of coastal water to explore. Inland, the northern region of Charleston features wooded wetlands while the southern region, once forested swamp, was cleared for farming in the 1600s.

The South Carolina Department of Health and Environmental Control (DHEC) monitors the level of enterococcus bacteria at 122 sites along South Carolina’s coast including around Charleston. Water is also monitored by Charleston Waterkeeper’s Recreational Water Quality Monitoring Program. Water is sampled on Wednesdays during the months of May through October and is tested in several local tidal creeks and other popular places for recreational water activities.

Water Sports and Activities in Charleston

Charleston’s waters and shoreline are prime locations for spotting wildlife such as shorebirds, starfish and crustaceans, sea turtles, dolphins, and sharks. Kiawah Island is a cherished spot for wildlife watching, due to its maritime forests, marshes, and sand dunes inhabited by alligators, seabirds, and sea turtles.

Other popular activities include fresh and saltwater fishing, crabbing, swimming, sunbathing, surfing, stand up paddleboarding, kiteboarding, waterskiing, parasailing, and tubing. Kayaking, canoeing, sailing, and motor boating are also favourite activities in this destination. In fact, there is estimated to be one boat per every twelve people in South Carolina.

In this city, Ocean Rescue Lifeguards oversee about one and a half miles of shoreline along Kiawah Island, Folly Beach, and the Isle of Palms.

Folly Beach, called the “Edge of America” by locals, features almost 10 kilometers (6 miles) of sandy beach that welcomes surfers, paddleboarders, kayakers, sailers, surf fishers, foodies, and photographers. Only fifteen minutes from the heart of downtown Charleston, Folly Beach is the perfect place to watch a sunrise or sunset, or spot loggerhead turtles nesting or dolphins playing in the surf.

If you’re at the Charleston Harbour at Battery Beach, check out The Battery, a landmark promenade and defensive seawall on shores of the Charleston peninsula.

You can look forward to short, mild winters and long, hot, and humid summers in Charleston. Although rainfall is common throughout the year, summer is the rainiest season. Nearly half of the city’s annual precipitation falls between June and September, but don’t worry–these thundershowers often don’t last long.

Charleston is warmest from May to September with the mean maximum temperature ranging from 28-37°C (83-98 °F). In Charleston, waters are most inviting from June to October, with monthly maximum averages ranging from 28-30 °C (82-86 °F).

Significant parts of Charleston lie near sea level, which has made the city susceptible to flooding. Other issues facing Charlston’s waters are rising sea levels and increasingly common and violent storms (which lead to contaminated flood water that ends up in tidal creeks and rivers), polluted coastal waterways, and microplastics.