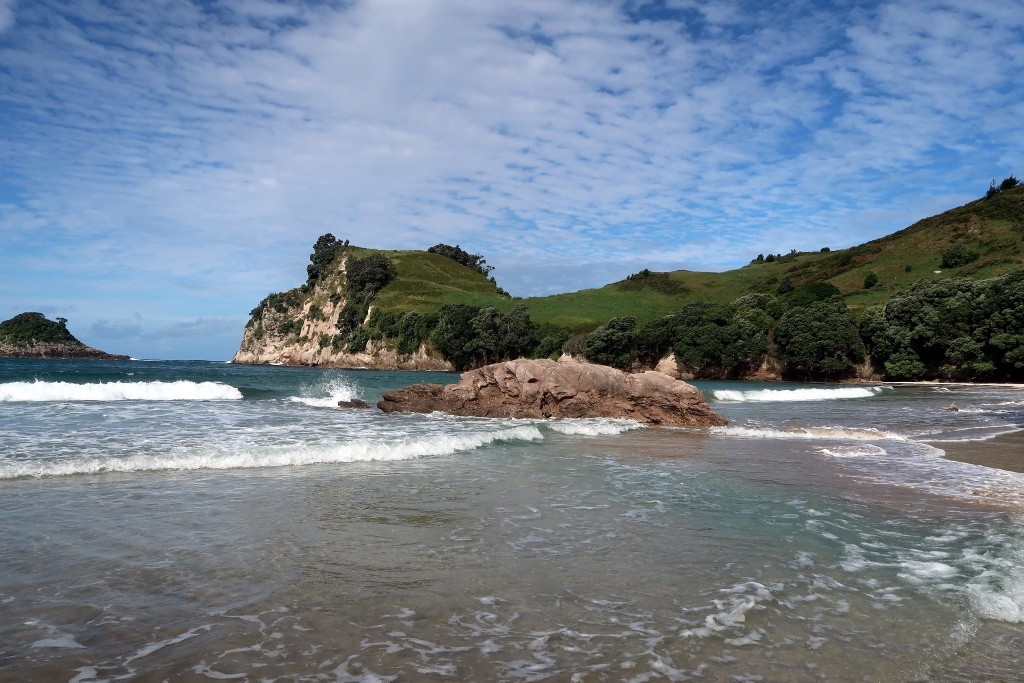 Waikato is located on New Zealand’s North Island, just south of Auckland. Waikato is known for its breathtaking landscapes and proximity to water, both coastal and inland. In this spectacular region, you’ll never find yourself more than 80 kilometers (50 miles) from the sea, and you have access to the longest river in the country, the Waikato River, for which the region is named. Waikato also holds Lake Taupo, New Zealand’s largest lake.

To Waikato’s north are the Bombay Hills and Port Waikato. Northeast is the Coromandel Peninsula with its pristine beaches and famous Cathedral Cove Sea Cave. East is the Bay of Plenty, and west is the Tasman Sea. In the southeast is the lush Kaimai Range and the snow-covered Mt Ruapehu which stands tall and majestic. In this region, you’ll find pastoral farmland, floodplains, valleys, rolling hills, wetlands, mountains, and volcanoes.

Waikato Regional Council monitors a total of 29 swimming spots in the region. These swimming spots include 9 coastal beaches, 10 lakes, and 10 rivers, which are sampled weekly from December 1 to March 1.


Water Sports and Activities in Waikato

In Waikato, there are seemingly endless things to do by the water. Swimming, surfing, kitesurfing, kiteboarding, waterskiing, stand up paddleboarding, rowing, kayaking, boating, and fishing are all favourites here. On the Coromandel Peninsula, you can enjoy Hot Water Beach, where water temperatures can reach 64 °C (147 °F) when underground hot water springs filter up through the sand between high and low tide.

Acacia Bay beach is the place to go if you’d like to see rock carvings created in 1977 by Matahi Whakataka-Brightwell. One carving depicts Ngatoroirangi, the Maori navigator that discovered the Taupo area. The only way to see these carvings is by water, and kayaking is a popular way to stop by. Explore the Waikato River from Tuakau Bridge, by swimming, kayaking, or fishing.

Waikato tends to have warm and humid summers. The region is warmest from December to February, with temperatures ranging from 22-24 °C (72-75 °F). The water is warmest during these months as well, reaching 20 °C (68 °F).