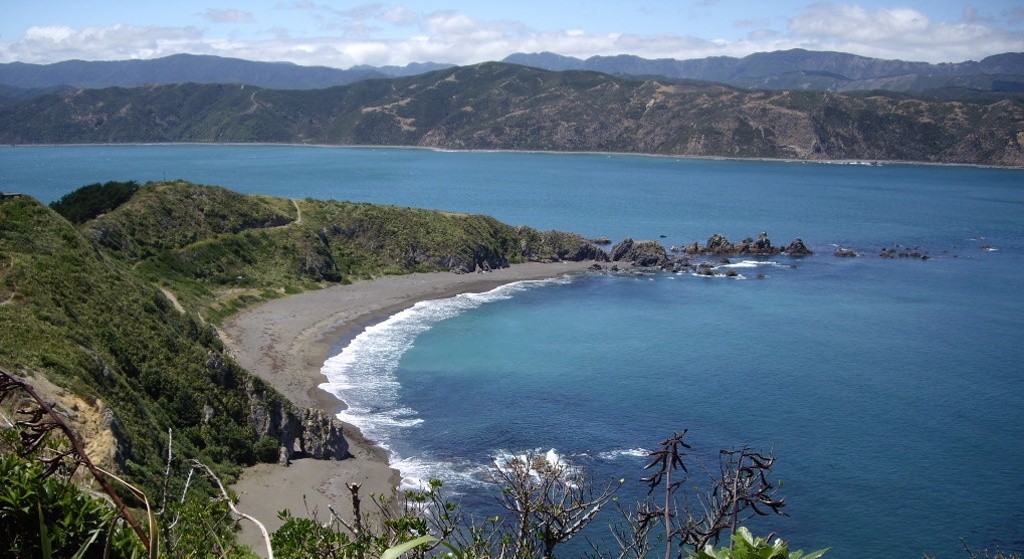 Wellington is situated at New Zealand’s centre on the southernmost tip of the North Island. The Wellington region is named after the country’s capital, which is the most southern and most remote capital globally. Often considered one of the country’s best urban destinations, this region is known for its city attractions, culture, and lively atmosphere. Also surrounded by nature, the region is a great place for adventure tourism.

This region is encircled by water, with the Tasman Sea is to its west, the Pacific Ocean is to its east, and Fitzroy Bay and Palliser Bay to the south. The Tasman Sea meets the Pacific Ocean at the Cook Strait, a narrow and choppy channel that separates the North Island from the South Island. North of Wellington is the Manawatu-Wanganui region. In this region, you’ll discover forests, hills, mountains, wineries, peaceful towns, and regional parks, such as Kaitoke Regional Park, where ‘Rivendell’ from Lord of the Rings was shot.

You’ll also find a breathtaking coastline and picturesque harbour. Besides being beautiful, this region’s waterfront also has wildlife to watch, such as the fur seal colony just out of the city at Red Rocks Coastal Park near Owhiro Bay. Here, you can view these fascinating creatures sunbathing upon rugged, rocky shores.

Greater Wellington Regional Council monitors a total of 88 swimming spots in this region. These swimming spots include 64 coastal beaches and 24 rivers, which are sampled weekly from November 1 to March 31.

Popular activities in this region are swimming, snorkelling, surfing, kayaking, boating, fishing, and camping. On the east coast, check out Riversdale Beach, a favourite spot for snorkeling and fishing, or visit Castlepoint Beach and take in the historic Castle Point Lighthouse. South, Lyall Bay is Wellington’s most popular beach for surfing, and both swimmers and surfers will also like Paekakariki Beach on the west coast, which is patrolled by lifeguards. Inland, fishing enthusiasts should head to Otaki River, where they may catch brown trout and whitebait.

Wellington tends to be warm or mild and temperate with lots of wind. The region is warmest from December to February, with temperatures ranging from 19-21 °C (66-70 °F). The water is warmest during these months as well, reaching 15 °C (59 °F).

This region has 500 kilometres (311 miles) of coastline, 12,300 kilometres (7643 miles) of rivers and streams, as well as 14 lakes. In addition to its plentiful places to enjoy the water, Wellington is a cultural hotspot with a laid back attitude, making the region a must-visit destination in New Zealand.
Page 1 / 5
Previous Page
Next Page
Page 1 / 5
Previous Page
Next Page
Swim Guide
is supported by