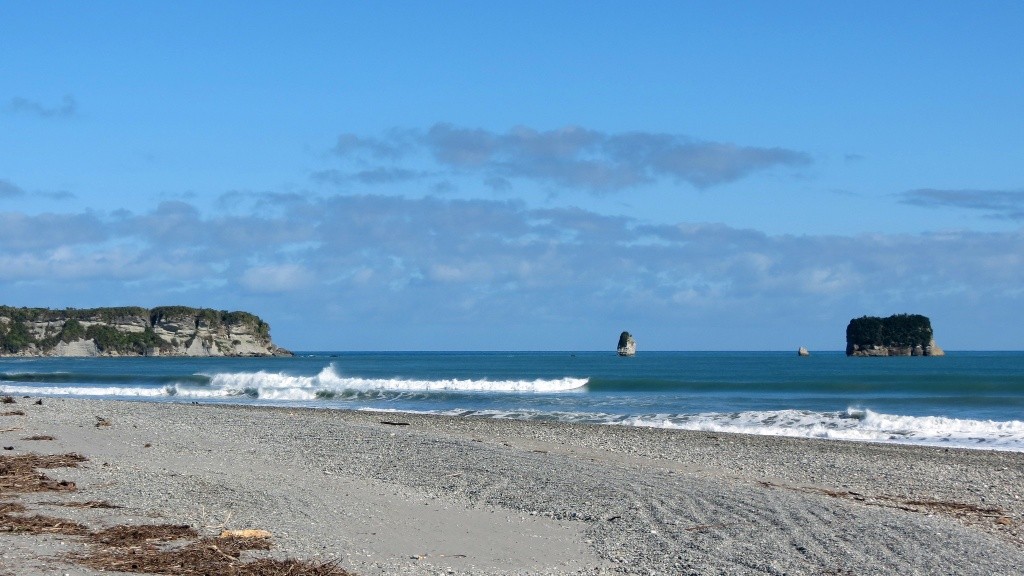 The West Coast region is never wider than 50 kilometers (31 miles), but it extends more than 500 kilometers (over 300 miles) along the West Coast of the South Island, making it New Zealand’s longest region. The West Coast is known for its striking scenery, national parks, and rugged, untamed wilderness.

This West Coast region is enclosed by the Tasman Sea to the west and the Southern Alps to the east. The region spans from the northern Kahurangi Point to the southern Awarua Point. In this region, you’ll find dramatic mountains, vast glaciers, bumpy moraines, native temperate forests, and intriguing limestone landforms. With such diverse and unique landscapes, it’s no wonder that the West Coast region is a UNESCO World Heritage Site

You’ll also find plenty of places to enjoy the water in this region, from beautiful sandy or rocky coastal beaches to forested placid lakes and exciting raging rivers. As both a coastal region and as the longest region in New Zealand, there are seemingly endless stretches of coastline to explore.

Swimming, surfing, kayaking, boating, whitewater rafting, cave rafting, fishing, hiking, and birdwatching are all popular activities on the West Coast. In the Okarito Lagoon, you can observe the only nesting colony of the rare white heron in New Zealand. The best time to spot these creatures is between September and January when the birds breed and feed. Sandy Cobden Beach is also a great spot for birdwatching and wildlife watching.

No trip to the West Coast is complete without going for a dip in Lake Brunner, the largest lake on the South Island. This lake is a favourite spot for swimming, kayaking, boating, and fishing for trout.


Weather in the West Coast, NZ

West Coast summers are mild or warm, and the region is New Zealand’s wettest. The region is warmest from December to February, with temperatures reaching 23-24 °C (73-75 °F). The water will be warmest during these months as well, at 20 °C (68 °F).