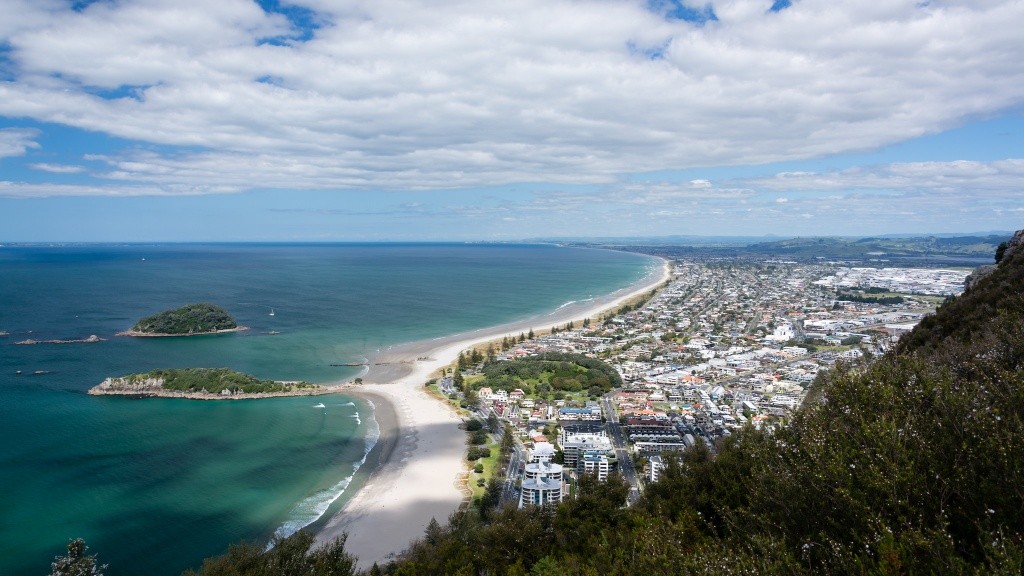 Beaches in Bay of Plenty


About Bay of Plenty, NZ

New Zealand’s Bay of Plenty is one of the country’s most diverse regions. There are seemingly unlimited things to do in the Bay of Plenty, which is known for its seafood, shopping, surfing, swimming beaches, and laid-back way of life.

The Bay of Plenty has everything: picturesque harbours, stunning beaches, towering waterfalls, lush forests, active volcanoes, and geothermal attractions. In fact, the region is one of the most active volcanic areas in the world, and White Island holds the only active marine volcano in New Zealand.

The Bay of Plenty is located on New Zealand’s North Island. To the region’s east is the Kaimai-Mamaku Ranges, and to the region’s south is the Coromandel Peninsula. The Pacific Ocean’s vivid blue waters meet the region on its northern shores, and from Tauranga, you can see the mighty tree-covered volcanic cone of Mount Maunganui (“Mauao” to the locals). Mount Maunganui’s beaches are favourite spots for swimming and surfing, and some brave souls hike to the top of the famous mountain.

There are many swimming spots in the Bay of Plenty, from white sandy coastal beaches to sparkling lakes, to idyllic river sanctuaries. You’ll also find hot pools to relax in, like those on the southern shores of Lake Rotoiti.


Swimming Water Quality in the Bay of Plenty

In the Bay of Plenty, the Bay of Plenty Regional Council monitors water quality in a total of 84 swim spots, including 29 coastal beaches, 24 lakes, and 31 rivers. Water is monitored weekly from October 31 to March 27.


Water Sports and Activities in the Bay of Plenty

With so many spots to swim both on the coast and inland, the Bay of Plenty is a dream come true for water recreation enthusiasts. Go diving, surfing, windsurfing, or boat cruising in the shimmering waters of the Pacific, or go swimming, kayaking, or fishing in one of the many freshwater swimming holes this region offers.

Adrenaline junkies can enjoy whitewater rafting at Okere Falls, while nature-lovers can delight in a day of swimming with dolphins, which is a popular activity in this region. These creatures can often be spotted playing near the coastline, along with seals, whales, and orcas. You’ll see the most dolphins in the Bay of Plenty from November through April.


Weather in the Bay of Plenty

Bask in the sun and cool off in the Pacific during the Bay of Plenty's warm and humid summers. This region is one of New Zealand’s hottest, and temperatures are highest from December to February, ranging from 23-24 °C (73-75 °F). The water will be most inviting during these months as well, sitting at a comfortable 20 °C (68 °F).

Though the Bay of Plenty was named for its plentiful natural resources by Captain James Cook in 1769, one thing is certain: great places to swim in the region are just as abundant.