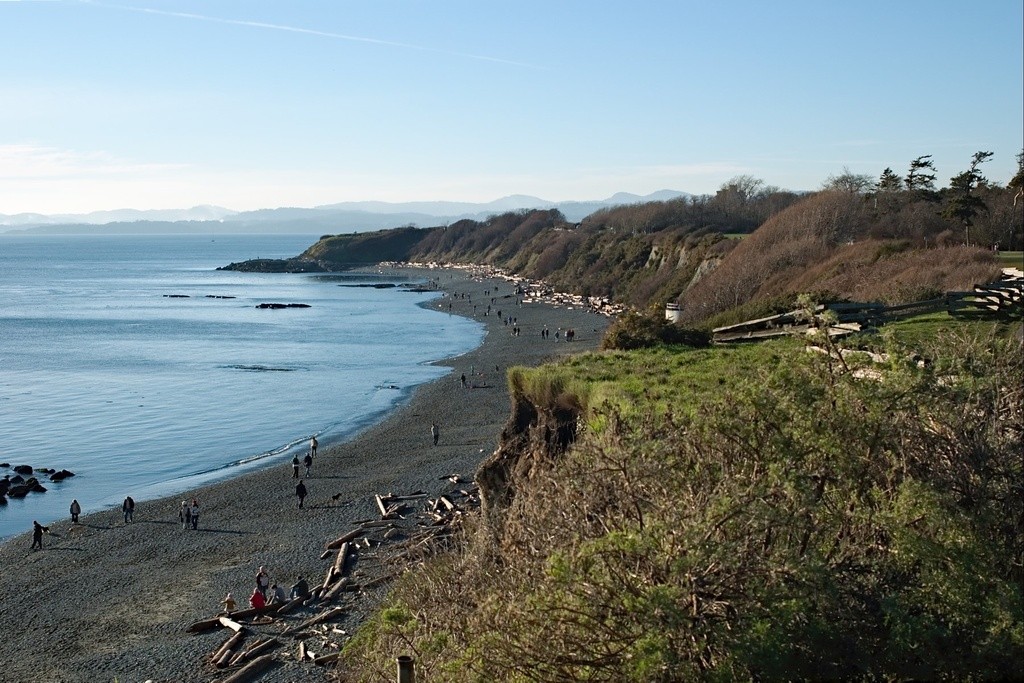 Victoria, British Columbia’s capital, is located on the southernmost tip of Vancouver Island. This city is known for its mild climate, parliament buildings, whale watching. Victoria is also one of the oldest cities in the Pacific Northwest.

Vancouver Island was created through a number of different processes, such as tectonic plate movement, volcanic and glacier activity, and erosion. In Victoria, you will be greeted by evidence of the area’s rich geological history in the rugged grandeur of the Pacific coast, rolling lowlands, rocky cliffs, and sandy shorelines.

This city is bordered by the Juan de Fuca and Haro straits. To its south are the majestic Olympic Mountains, to its east are the San Juan Islands, and to its west are the Saanich Inlet, Malahat Ridge, and Sooke Hills.

Victoria’s coastal beaches tend to be sandy, and some are amidst majestic rock faces or peaceful grassy areas and trees. Further inland, quaint swimming holes and stunning lakes make for the perfect freshwater swimming spots. Thetis Lake, only a twenty minute drive northwest of Victoria, has a sandy beach surrounded by forests, cliffs, and swamplands.

The Gorge Waterway, a narrow inlet that joins Victoria Harbour with Portage Inlet, is known for its mudflats, eelgrass, and oysters. The Gorge Waterway was once polluted by decades of sewage and industrial waste, and in the 1940s, it had poor water quality. Since the early 1990s, clean-up efforts have improved the water quality and raised awareness about the waterway. Now, the Gorge is healthy enough to support both wildlife and human recreation, but sewage issues still persist, and they pose a problem to Victoria’s waters in instances when they are redirected through storm water pipes

Island Health monitors approximately 100 beaches on Vancouver Island. Water is sampled from the beginning of May until Labour Day. The highest usage beaches are sampled weekly, and the more moderate usage beaches are sampled every two weeks. Surfrider Vancouver Island’s Blue Water Task Force volunteers monitor the water quality of 15 saltwater beaches and 4 freshwater beaches around Victoria year-round. They sample an average of one site every two weeks, and update Swim Guide about one to two days after sampling.

Water Sports and Activities in Victoria

Qualicum Beach’s long, coastal sandy shore makes it a favourite destination near Victoria, and it is especially well suited to swimmers, canoers, kayakers, fishing enthusiasts, and beachcombers. Long Beach is another one of Vancouver Island’s most popular coastal beaches, welcoming swimmers, surfers, and skimboarders with its glimmering waters, marine ecosystems and lush rainforest backdrop.

Inland, Look Out Lake is a hidden gem that boasts great fishing opportunities for rainbow trout, while the Sooke Pot Holes along the Sooke River make a wonderful swimming spot. These deep pools, formed by glacial action during the ice age, are filled with crystal clear aqua-green water.

Victoria’s climate is is one of the mildest in Canada. The city’s winters may be coolish and rainy, but its summers are dry and filled with sunshine–Victoria is the second sunniest city in British Columbia. July is the city’s warmest month, with temperatures averaging 16 °C (60 °F). The water is warmest in August, with average temperatures of 12 °C (53 °F).

Victoria’s friendly people, temperate climate, charming downtown area, scenic fisherman's wharf, and inviting sandy beaches make it a must-visit place for those who love being near the water.