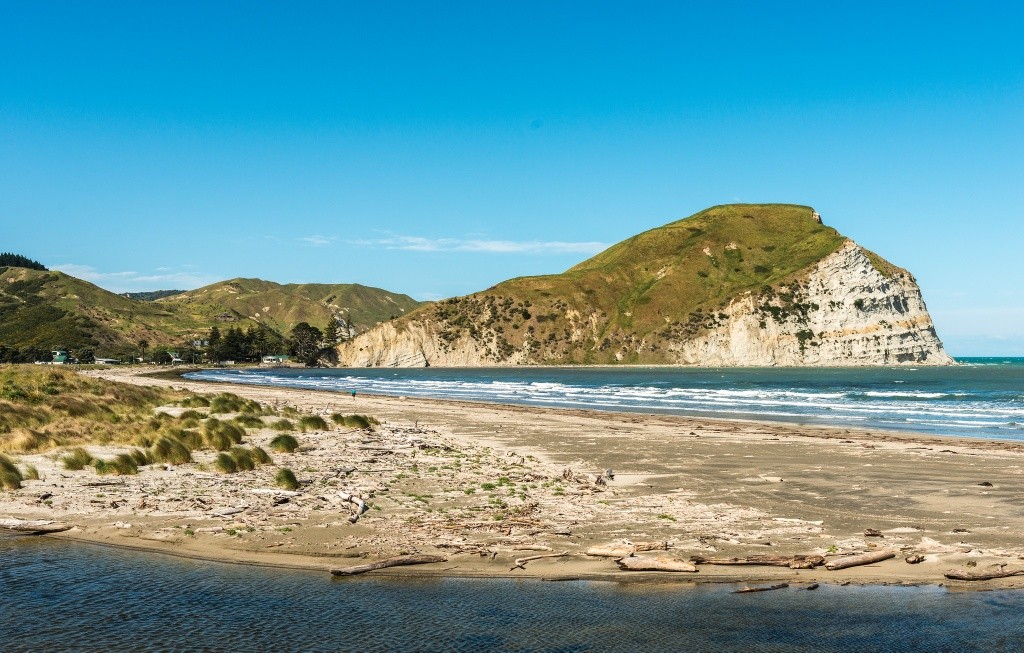 Hawke’s Bay is situated on the east coast of New Zealand’s North Island. It’s named for Hawke Bay, the bay that stretches from Mahia Peninsula in the north to Cape Kidnappers in the south. This region is known for its gourmet food and wine, art deco architecture, gorgeous coastline, and pleasant climate.

To the north of the region are the Wairoa River’s floodplains, and to the south are the Heretaunga Plains. The warm waters of the South Pacific Ocean are to Hawke’s Bay’s east. The coastal land of this region is hilly, and further inland you will find the Kaweka Range and Taraponui peak.

Ocean beaches in Hawke’s Bay may feature golden sand or stones, coastal forests, and limestone cliffs. Freshwater is abundant in this region as well. Hawke’s Bay features five major rivers that all lead to the sea: the Wairoa River, Mohaka River, Tutaekuri River, Ngaruroro River, and Tukituki River. In the northern part of Hawke’s Bay is Lake Waikaremoana, the region’s largest lake.

Hawke’s Bay is a favourite destination for those who enjoy swimming, surfing, kayaking, paddleboarding, windsurfing, and boating. Camping and fishing are popular activities in Hawke’s Bay as well.

This region is also beloved by birdwatchers. The rugged coastline of Cape Kidnappers holds the largest accessible mainland colony of gannets in the world. You can reach this spot from the land by foot or from the sea by kayak. Birdwatching enthusiasts will also enjoy Lake Tutira, a bird sanctuary that is home to scaup, black swans, grey ducks, shags, herons, fantails, pukeko, and many more.

Hawke’s Bay’s climate is generally warm, mild, and temperate, though some summer days can be quite hot. It’s warmest in Hawke’s Bay from December through February, with temperatures ranging from 23-24 °C (73-75 °F). The water temperature during these months is around 20 °C (60 °F).

Hawke’s Bay may be best known for its wineries, but it also has plenty of fun things to do in the water. Whether you’re into surfing or wildlife, fishing or swimming, this beautiful region has something for everyone.