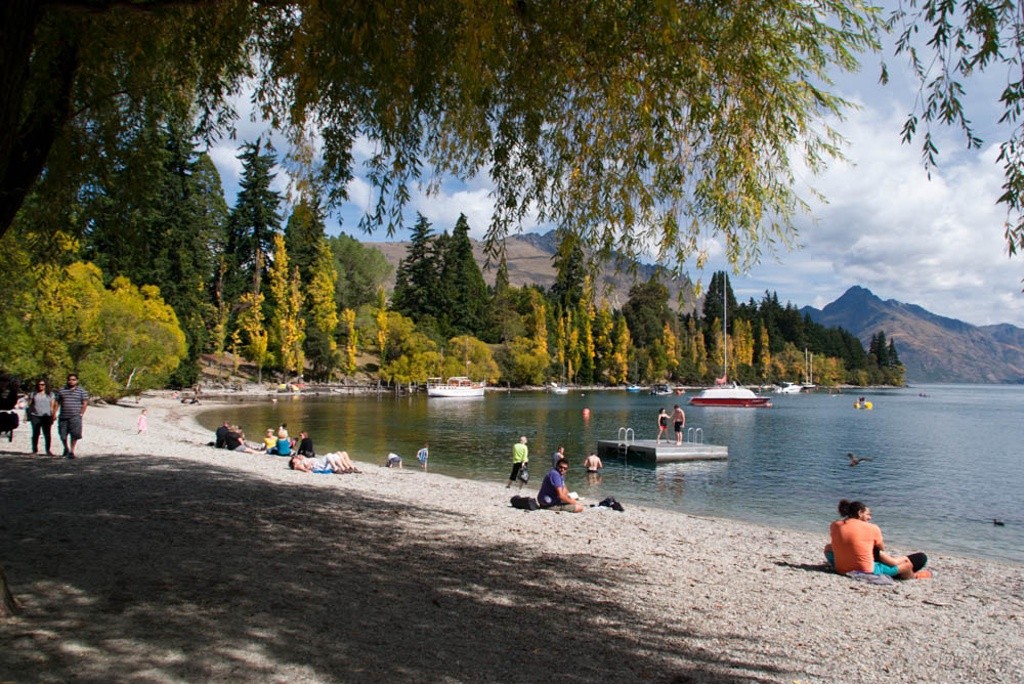 The Nelson region is located on the beautiful Tasman Sea on the northern part of the South Island. Nelson is the South Island’s oldest city, and it’s the second-oldest city settled in all of New Zealand. Nelson is known for its cultural heritage, local arts scene, picturesque coastline, and proximity to national parks: Abel Tasman, Nelson Lakes, and Kahurangi.

This region stretches from Waimea Inlet, the South Island’s largest enclosed estuary, to Cape Soucis on the Tasman Bay’s eastern edge. Nelson is situated at the head of the Tasman Bay. The region is enclosed by stunning mountains, rural areas, valleys, and native forests.

In this breathtaking region, you’ll find rock formations off coastal rocky or golden sandy beaches, turquoise crystal clear waters with abundant marine life such as dolphins, seals, penguins, and whales. Inland, take a refreshing dip in one of the lush, wooded swimming holes or rivers.

In Nelson, Nelson City Council monitors 11 swimming spots. These spots include 5 coastal beaches and 6 rivers, which are monitored from November 30 to March 15 on a weekly basis.


Water Sports and Activities in Nelson

Tahunanui Beach is another favourite place for swimming in Nelson, with shallow, sandy shores and the Nelson Surf Life Saving Club patrolling the beach in the summer. There is also a zoo and an amusement park nearby. Inland, the Maitai River is a beloved spot for camping and freshwater dips.

Nelson’s climate is warm and temperate. The region is warmest from December to February, with temperatures ranging from 22-24 °C (72-75 °F). The water is warmest during these months as well, reaching 20 °C (68 °F).

The Nelson region offers many spots for fun and relaxation by the water set against stunning natural landscapes. It’s one of the South Island’s most must-see destinations for everyone from recreation and nature-lovers to seaside-loungers.