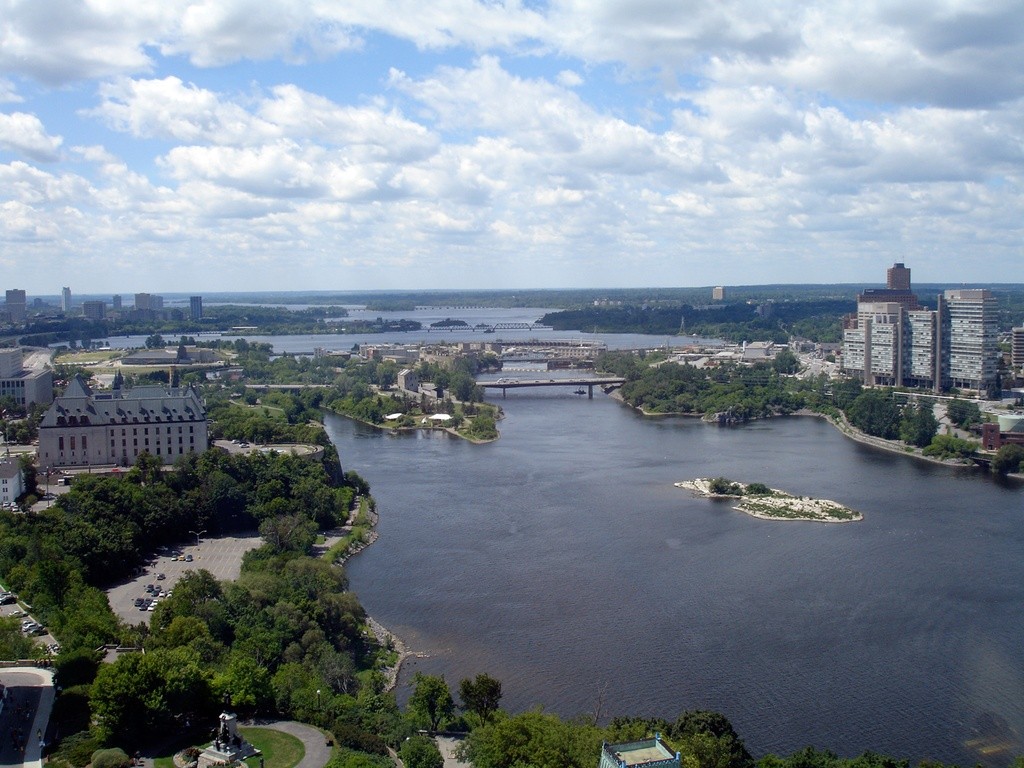 Ottawa is Canada’s capital, fourth-largest city, and political centre. This city is known for its governmental and educational institutions, globally renowned galleries and museums, and technology sector. Ottawa is a charming combination of metropolitan hustle and bustle and peaceful natural environments.

Located in southeastern Ontario, Ottawa is where the Ottawa River, the Gatineau River and the Rideau River converge. The cascading Rideau Falls and famous Rideau Canal (parts of the Rideau River) are definitely worth a trip. The Rideau Canal has been a UNESCO World Heritage Site since 2007, and it holds the title of North America’s oldest continually operated canal system.

The city of Ottawa is actually named after the 1,270 kilometer-long (789 miles) Ottawa River, which is situated on Ottawa’s south bank. Its name is derived from the Algonquin word “adawe”, meaning “to trade”, due to the river’s history as a means of transporting resources during the city’s establishment. The Algonquins were living on both sides of the Ottawa River long before French settlers arrived, hunting, trapping, fishing, and gathering. Soon, the two groups were involved in the fur trade with each other along the river. Today, the Ottawa River’s sandy, grassy, and rocky shores invite a variety of water recreation.

To supply additional information on the water quality of Ottawa’s swimming spots, Ottawa Riverkeeper samples beaches along the river that are infrequently monitored or not monitored at all, such as Parc des Cèdres, Parc Moussette, and Plage Remic. In June 2013, Ottawa Riverkeeper created a citizen science water monitoring program. A number of community and stewardship groups of citizen scientists are also carrying out independent monitoring in local waters.

Water Sports and Activities in Ottawa

While the Rideau Canal may be best known as the longest skating rink in the world during winter months, this canal and other nearby rivers and lakes offer plenty to do in the summer months as well.

Popular activities in Ottawa include swimming, stand up paddleboarding, canoeing, kayaking, peddle boating, sailing, and whitewater rafting. The Ottawa River is one of the top five destinations for whitewater rafting world-wide. The sandy shores of Petrie Beach, Britannia Beach, Mooney’s Bay Beach, and Westboro Beach all have lifeguards during the swim season. Onshore activities such as fishing, walking, rollerblading, walking, and camping, and sports such as volleyball, tennis, basketball, baseball are also popular.

Ottawa has four distinct seasons. During summer, the weather is humid and warm, contrasted with the city’s snowy, icy, and very cold winters. That said, swimming will be most comfortable from June to August. Weather and temperatures can be unpredictable and extreme during the spring and fall, but that doesn’t stop some courageous swimmers from braving the city’s cooling waters. In July, Ottawa’s average daily maximum temperature is a warm 26 °C (79 °F).

Although dams, wastewater, and development are a danger to the health of the Ottawa River watershed, conservation efforts are underway. Ottawa Riverkeeper strives to keep Ottawa’s water swimmable and to protect the flora and fauna that depend on it to survive.

The watershed has 26 national and provincial parks that work to preserve its ecology and biodiversity, and the Algonquins of Ontario, a group comprised of ten Algonquin communities in Ontario, also work to preserve their lands through research and environmental initiatives.