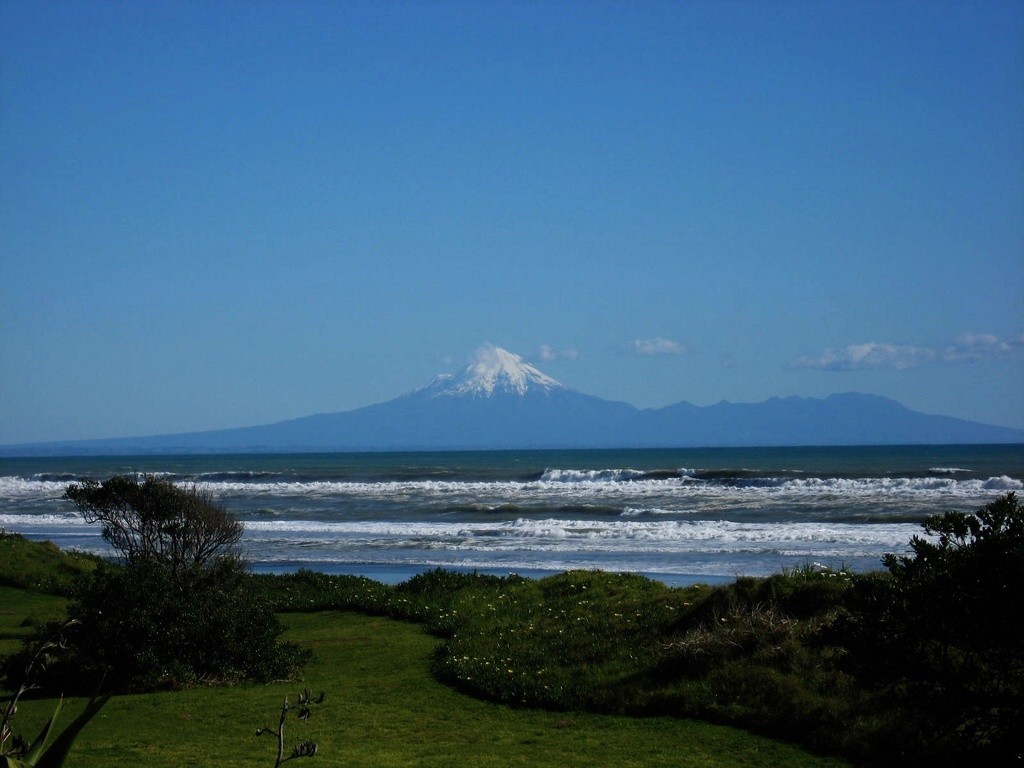 Taranaki means “gliding peak” in Maori. As the legend goes, the mountain god Taranaki once resided with Tongariro, Ruapehu, and Ngauruhoe, the massive volcanic mountains in the middle plateau of the North Island. Taranaki fell in love with Tongariro’s wife, Mount Pihanga, and battled Tongariro for her. Taranaki lost the fight and was banished to the west coast. As Taranaki fled the area, he carved out the landscape as he went, creating the Wanganui River. Many say the clouds that sometimes cover the mountain are Taranaki concealing his broken-hearted tears.

This breathtaking region is situated halfway between Auckland and Wellington and is embraced by the Tasman Sea on the west. Taranaki’s rugged coastline has sandy, sometimes black sand, beaches for swimming, and plenty of rivers and waterfalls inland. Mount Taranaki alone is the source of more than 50 streams and rivers and is covered by unique plant life and vegetation. Here, you’ll find diverse landscapes such as lush rainforests, sub-alpine scrub and herb fields, trees like rimu and kamahi.