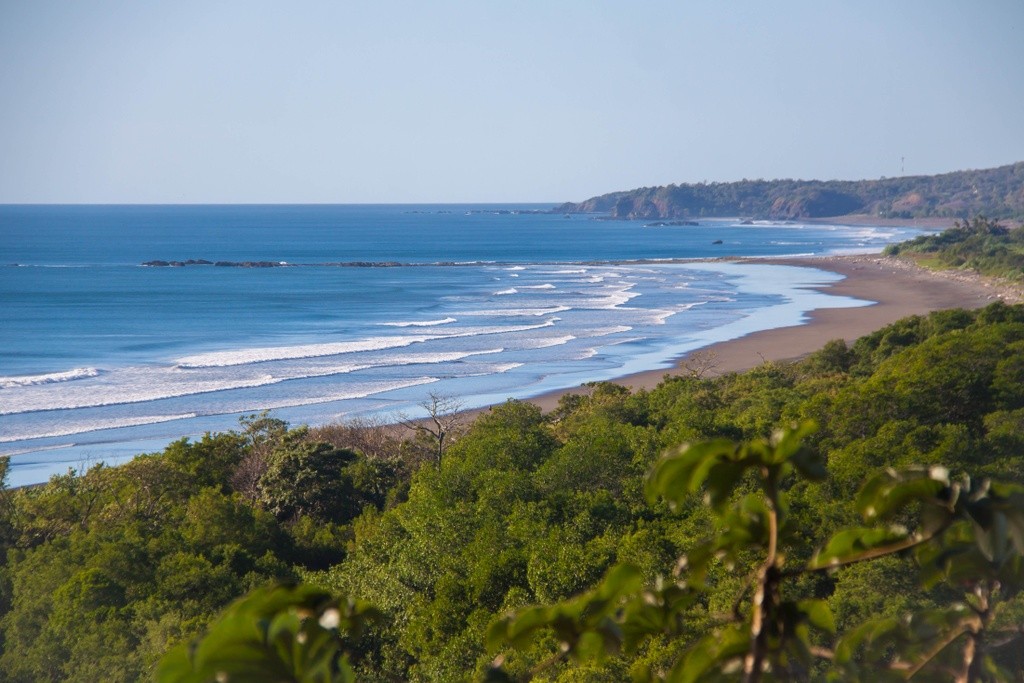 Costa Rica, spanish for “Rich Coast,” is the most-visited country in Central America for good reason. Situated on the Central American isthmus, Costa Rica has 1,290 kilometers of coastline, over 30 islands, and access to both the Atlantic and Pacific Oceans. To its north is Nicaragua, to its east is the Carribean Sea, to its southeast is Panama, and to its west is the Pacific Ocean.

Although Costa Rica makes up only 0.03% of the earth’s surface, it holds almost 6% of the planet’s biodiversity–the highest density of biodiversity globally. More astonishing still, Costa Rica is home to 4% of all species presently estimated to reside on our planet, hundreds of which are only found in this country.

The reason for such biodiversity? Costa Rica has acted as a bridge between North and South America for millenia, allowing species from each continent to travel in both directions or settle in what is now Central America. Other factors that have led to such biodiversity in Costa Rica are its twelve microclimates and the large amount of solar energy it receives each year.

Costa Rica’s coastal beaches are known for their warm, clear water, white sand, wildlife, and surrounding lush greenery. Some beaches have pinkish-white, golden, or even volcanic black sand! In addition to Costa Rica’s sandy beaches, you can enjoy the country’s enchanting inland freshwater spots from the base of a stunning waterfall or from lake or riverside rainforests.

Costa Rica was one of the earliest destinations for ecotourism, and the practice is still popular today. This kind of travel involves visiting threatened areas and leaving minimal to no impact on the environment, supporting natural conservation, and benefiting local residents.

Costa Rica’s rapid development has negatively impacted the water quality of its coast. Presently, the Ecological Blue Flag program tests water quality two times a year. The Water Quality Monitoring Project will collect water weekly from three locations during the year (two of which are the well-frequented areas of Playa Guiones and the Nosara Rivermouth), which will be analyzed in a lab in Playa Guiones.

There are many ways to experience Costa Rica’s abundant wildlife and ecosystems. You can observe whales, crocodiles, or baby sea turtles hatching, or take a river safari to explore the waters and shores of one of Costa Rica’s many rivers.

Free diving, snorkeling, and scuba diving, are all fantastic ways to see Costa Rica’s underwater caves, volcanic tunnels, and vibrant coral reefs. Coco’s Island is famed for scuba diving, and was not only a favourite spot of renowned oceanographer Jaques Cousteau, but it also served as the inspiration for the fictional “Isla Nublar” in Jurassic Park.

If watersport is what you’re after, Costa Rica is also a great destination for surfing, windsurfing, kitesurfing, stand up paddleboarding, kayaking, whitewater rafting, waterfall rappelling, sportfishing, and of course, swimming.

As of 2016, the Red Cross aimed to station lifeguards at Manuel Antonio, Playa Ballena, Esterillos, Jaco Beach, Puntarenas, and Tamarindo Beach during the busiest seasons. As of 2019, funding was granted that would enable the hiring of 20 lifeguards for Manuel Antonio, Ballena and Cocles-Manzanillo.

Beaches in the Nosara region on Costa Rica’s west shoreline are the perfect spots for surfing and have garnered worldwide esteem for their waves. These beaches are known for their friendly locals, magnificent sunsets, and uncrowded shores. They also have a lot to offer nature lovers since they are part of the Ostional National Wildlife Refuge and are a famed location for watching sea turtle mass-nesting events.

Costa Rica’s climate is tropical, but varies among regions, and seasons are more distinguished by rainfall than any other factor. The dry season (summer) spans December to April, and the rainy season (winter) spans May to November. ‘Winter’ in Costa Rica can bring a deluge of near-constant rain. Monthly average high temperatures here hover at around 26-28 °C (79-82 °F), and lows at around 17-18 °C (62-64 °F). The water temperature fluctuates between 25-30 °C (77-86 °F) year-round.

Costa Rica is a fantastic place to enjoy breathtaking beaches, explore diverse ecosystems, and see fascinating species that you won’t find anywhere else in the world. With its abundant natural environments, it’s no wonder Costa Rica is called the “Rich Coast”!