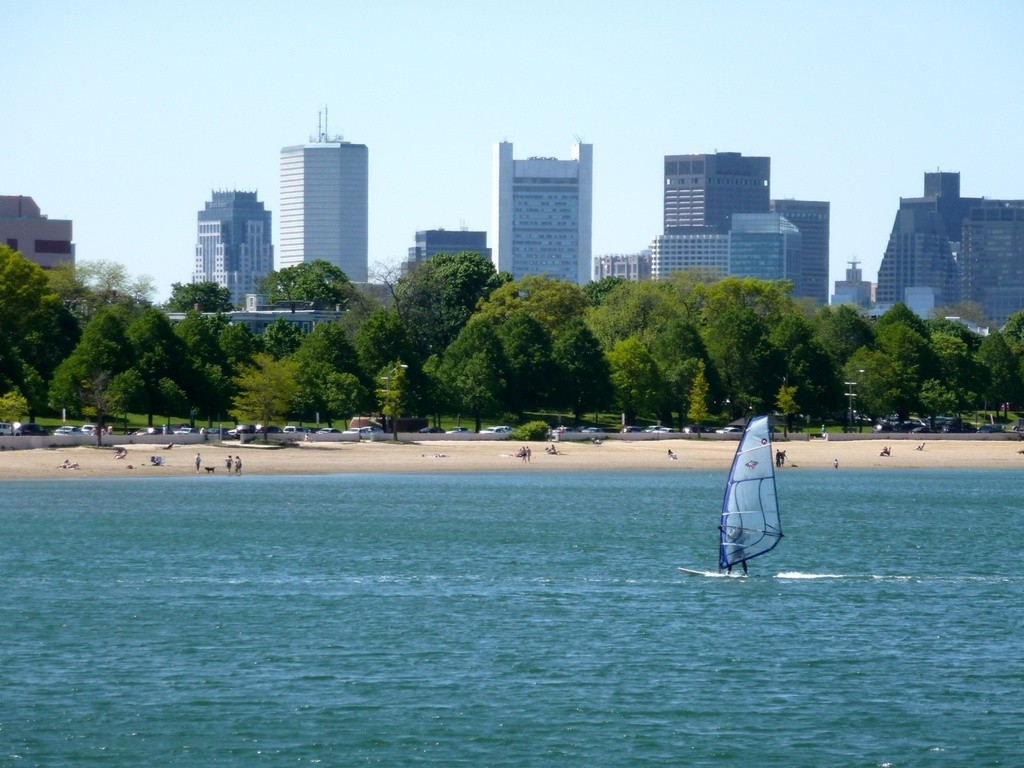 Boston is the largest city in New England, and is the capital of Massachusetts. Boston is known for its rich history, first-class educational institutions, food, sports teams, and beautiful coastline–there’s a reason artists flock to scenic New England shores for inspiration.

This picturesque city is located on Massachusetts Bay, which is an arm of the Atlantic Ocean. Boston has no shortage of water to enjoy, considering that over one fourth of the city’s total area is water. To Boston’s east is the Boston Harbour and the Boston Harbour Islands National Recreation Area, which a prominent area for both recreation and spotting wildlife.

Along Boston’s coast and on its islands, you will find an assortment of sandy, rocky, pebbly, and cobbly beaches. Sand dunes, woodlands, marshlands, sparkling waters, and gorgeous views make this New England shoreline the perfect place to unwind.

There are 15 beaches regularly monitored in Boston proper. In Boston, beach water quality is tested by local municipalities or by the Department of Conservation and Recreation with assistance from the Massachusetts Water Resources Authority. Water is tested daily or weekly depending on how likely it is that there will be water quality issues.

Water Sports and Activities in Boston

Activities such as swimming, long distance swimming, and boating are great ways to explore Boston’s coast. Many beaches in this city are also equipped with ball fields, tennis and handball courts, and playgrounds. Kayaking, canoeing, and paddleboarding are favourite activities in the Charles River, which is Massachusetts' longest river. On this river, you might be able spot blue herons, turtles, or even beavers. Jogging, biking, hiking, fishing, and camping are popular waterside activities in this city.

On Spectacle Island, just a 20 minute ferry ride from downtown, you will find sandy beaches and spectacular views. Spectacle Island welcomes boaters with its marina, and welcomes hikers with its 8 kilometer (5 mile) trail around the perimeter of the island. The sandy shores of Pleasure Bay are just the place to have a picnic, play ball, or go for a swim.

Some Boston beaches have limited or no parking, but many are accessible by bus and the beaches on the islands can be reached by ferry. A number of beaches in this city not only have amenities such as washrooms and showers, but also have lifeguards stationed during the summer swim season, from late June to early September. Spectacle Island, Revere Beach, Wollaston, Savin Hill, and Malibu are only some of the beaches where you will find lifeguards on duty.

While you’re by Boston’s waterfront, check out the New England Aquarium or the Boston National Historical Park. The city has a lot to offer, from culture and history, to gorgeous beaches and natural areas that are located right in the heart of the city. Whether you’re island hopping or kicking back on a sandy beach, Boston’s waters have something for everyone.